Deptford Creek: past, sewer, and future. Will we have access along the Creek?

Emeritus ATA chairman Mick Delap is our ATA rep at Thames Tideway Tunnel (TTT) meetings. He brings us up to date here with progress on the Greenwich section of the super sewer, the pipe designed to stop Bazelgette's famous 19th century system grunging to a 21st century halt.

The big red machine has started digging
TTT’s been preparing to tunnel the sewer in Norman Road for over a year. Now at last the big red hydrofraise is actually digging – but only downwards! It'll take another year to drill and line the access shaft, which will be over 60 metres deep, and wide enough for the tunnel boring machine called Annie to be built in it. Then next year Annie will start the tunnelling the actual sewer.


A new barge dock in the Creek
Lorries will take away the spoil from the vertical shaft. But when the horizontal tunnelling starts next year, 30% of the muck will be taken by barge (two per tide) from a new dock on Deptford Creek, just south of the railway bridge. Tunnelling should be finished in 2021, and the site restored some time in 2022. 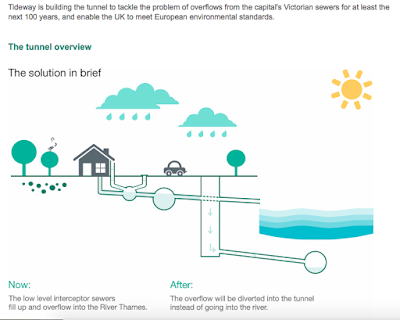 We can meet the Tideway people
TTT have set up Community Liaison Working Groups (CLWG) at all sites to brief local residents on progress and on the project’s noise and air pollution readings. The Deptford/Greenwich CLWG is chaired by West Ward Councillor Mehboob Khan and meets every three months.

A site plan for afterwards
These meetings also give residents the chance to raise any concerns, and to agree a post-construction master plan. Deptford residents have just agreed the plan for their site with Tideway and Lewisham Council. So far, no movement from Greenwich for our site. 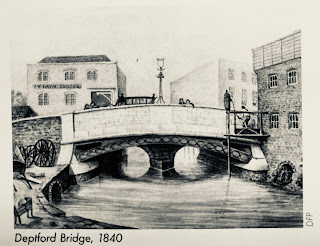 A notable past, and a future up for grabs
Mick says it is an untold story of our part of Greenwich that in the 19th century Deptford Creek was blazing with world-beating industries which helped pave the way for 20th century London. It has languished since, but now there is hope for public access and improved amenity, depending on TTT’s post construction plans for the Creek – undecided so far!

Have your say on 24th April
If you would like a path along the Creek or have any other views, feel free to air them at the next CLWG meeting at 7pm on Tuesday 24th April in the Creekside Discovery Centre at the far end of the Halfpenny Hatch bridge. For more information see www.tideway.london or contact Mick Delap at mick@delap.plus.com 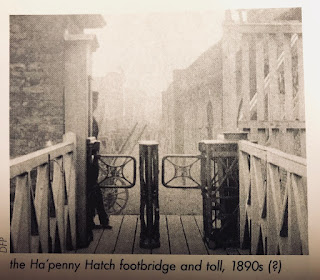 Deptford Creek, past, present – and future: Mick's talk next Tuesday 20th February
at the Age Exchange Café in Blackheath (opposite Blackheath Station) at 7.30pm. All welcome.