As many of you will be aware the new owners of the former Greenwich Magistrates Court recently held a public exhibition at the property to showcase their latest proposals for future of the site buildings. If you didn't manage to make the exhibition, the exhibition slides can be found on this link to our website archive.

There will no doubt be mixed feelings towards the scheme and now will be your perfect opportunity to raise any concerns you may have directly with the developers design team and likewise any praise. They have asked for local resident feedback by the 10th April 2018 using the following Email address - greenwichmagistratescourt@fourcommunications.com

To gauge public responses please feel free to copy in our Planning Rep Simon Barrs at si_barrs@hotmail.com who will also be happy to answer any queries you may have over the proposals. Our Ward Councillors may also benefit from knowing local residents reactions to the scheme and can also be copied in on your response at aidan.smith@royalgreenwich.gov.uk mehboob.khan@royalgreenwich.gov.uk maureen.o'mara@royalgreenwich.gov.uk
No comments:
Email ThisBlogThis!Share to TwitterShare to FacebookShare to Pinterest
Labels: Planning

Golden Chippy will be on Radio London today, Thursday 29th

This afternoon Radio London's Drivetime program will feature the banning of the Golden Chippy sign - Valley Fontaine will interview Chris Kanizi at the Chippy at about 12 to 12.30pm. The interview will appear on Drivetime some time between 4 and 7pm - at the start of the show they give you some idea about when subjects will come up.
Yesterday evening Radio London's Jason Rosam, interviewing the ATA's Mick Delap, said he thought it was amazing that Chris's petition to keep his sign had been supported by over 3,000 physically-written signatures - not just by buttons being pressed online. Mick told him that these signatures had addresses attached, and that 450 of them were by residents of the Ashburnham Triangle. If you want to listen-again to this interview, it was at 7.30pm yesterday on the Simon Lederman show.
Tuesday's Evening Standard ran the story also: www.standard.co.uk/news/london/

Here is Mick's report on the ATA's position and Greenwich council's decision:
Report back on Chris Kanizi's application to Greenwich Planning for retrospective approval for his Golden Chippy sign (Planning Ref. No 17/3320/A)  - Mick Delap
'Chris Kanizi's application for retrospective approval for the Golden Chippy sign he installed some two years ago was rejected at Planning Committee on 13th March 2018.
'The ATA Core Group had been divided over the merits of the application, but had decided to support it because of concern about the reasons advanced by Planning for rejection, and because Chris Kanizi had been able to demonstrate that a good proportion of the Triangle's residents were on his side (of over 3,000 signatures to Chris's "save the sign" petition, some 450 are Triangle residents, and another 600 live in the Borough).
'The ATA submission to the Planning Meeting accepted that the sign aroused mixed feelings, but argued that on balance it matched the traditional culture and values of fish and chip shops, had an impeccable historic precedent (a previous 1940s sign of similar dimensions), and strong local support. As one of the guardians of the character and appearance of the Ashburnham Triangle Conservation Area, the ATA did not agree with Planning's Reason 1, that the sign damaged the visual amenity of the area sufficiently seriously to merit rejection, and harmed the setting of the listed Miller Hospital. As for Planning's Reason 2, judging that the sign's illuminations harmed the amenity of neighbouring properties, the ATA pointed out that for some time Chris Kanizi had removed all illumination from the sign, and had indicated his readiness to accept Planning Department's judgement about what if any illumination would be appropriate in the future.
'At the Planning Committee Meeting on 13th March, the responsible Planning Officer repeated the reasons for rejection. Robin Stott supported Chris Kanizi on behalf of the ATA, emphasising the removal of illumination from the sign, and the extent of ATA support. Of the three West Ward Councillors, Councillor Mehboob Khan spoke and voted as a member of Planning Committee in favour of the application. Councillor Maureen O'Mara, also a member of Planning Committee, recused herself from voting so that she could express her personal opposition to the application. Councillor Aidan Smith is a member of Planning Committee, but was not present. The Committee voted 3 to 2 to reject the application.
'Chris Kanizi has indicated he will appeal the judgement. The ATA Core Group will have an opportunity to consider its position at its next meeting in April.'
No comments:
Email ThisBlogThis!Share to TwitterShare to FacebookShare to Pinterest
Labels: Local News 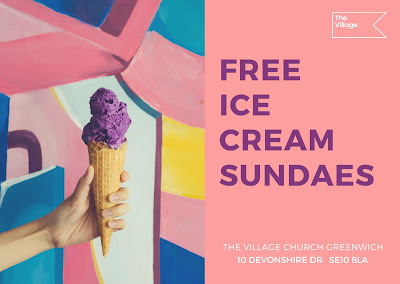 'Two years ago the Devonshire Drive Baptist Church decided to cease meeting under that name and to establish a new church. We have now established regular meetings and a new group has formed.

'Here is our flyer showing what we plan for Easter this year.' 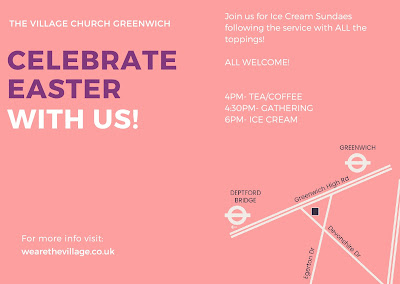 No comments:
Email ThisBlogThis!Share to TwitterShare to FacebookShare to Pinterest

2018's London Marathon is taking place on Sunday, April 22nd and this year, in addition to our marathon regular Tom Webb, the ATA's very own Tina Pugh is running for the very first time.
Tina is running for Tommys, a charity that funds research into the causes of miscarriage, stillbirth and premature birth. Ashburnham Place resident Tina says, "I’ve always wanted to run a marathon. And not any old marathon, but the London Marathon. Why? To be honest, I’ve no idea apart from the fact I can easily just walk to the start line! I’ve had this weird obsession for many years and I’m now finally going to do something about it. Now you can’t run the London Marathon without running for a worthy cause. I specifically requested to run for Tommys and was amazed and overjoyed when they accepted my application to become a member of their team."
If you would like to learn more about the cause and help Tina reaches her target of £3,000, please visit her Virgin Money Giving web page for more details, and don't forget to cheer on Tina and Tom on April 22nd as the runners race through Greenwich.

Proposals for the redevelopment of Greenwich Magistrates' Court

London Hotel Group, the developer of the site of the Greenwich Magistrate’s Court, Blackheath Road, SE10 BPE, intends to submit an application for full planning permission and listed building consent for the repair and restoration of the listed building and redevelopment of the remainder of the site to provide a circa 350 bedroom hotel with additional car parking and landscaping and all ancillary works.

The planning application is expected to be submitted in April or May 2018 and the developer is holding a second pubic exhibition of their proposals and you are invited to attend an Exhibition at a public event at the site as listed below.

Venue:
Greenwich Magistrates’ Court, 9 Blackheath Road, London SE10 8PG
(please note, access to the venue will be via the eastern door on Blackheath Road)
No comments:
Email ThisBlogThis!Share to TwitterShare to FacebookShare to Pinterest
Labels: Planning

at the Trafalgar Café this Saturday 17th March
7pm start
For beverages, concept is BYO!
Pre-booking is required:
almagreenwich@gmail.com
07507 894560 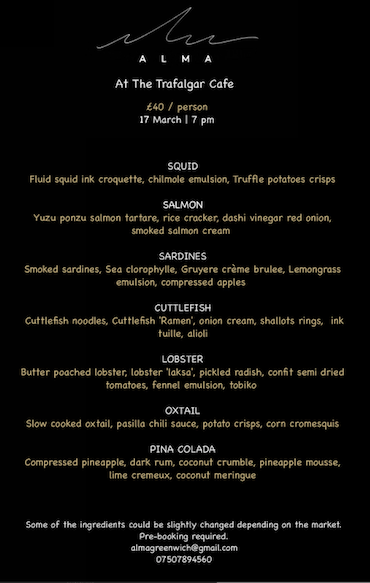 The next meeting of the Greenwich Area Planning Committee is on Tuesday, 13th March,at 6.30pm. The agenda can be found here. The Golden Chippy signage is on the agenda so residents may want to attend and a representation.
The meeting will be in rooms 4 & 5, Town Hall, Wellington Street, Woolwich SE18 6PW.
No comments:
Email ThisBlogThis!Share to TwitterShare to FacebookShare to Pinterest
Labels: Planning

The Vitality Big Half is intended to be more for Londoners than the London Marathon is: some spaces have been reserved for residents of the boroughs it goes through - Tower Hamlets, Southwark, Lewisham and Greenwich. The Triangle and environs have some runners: Ellie Brown, Tom Webb, and Mike (the Cheese and Meat) Jones, among others.

It starts at 9am by the Tower of London, goes east to Canary Wharf, back to Tower Bridge, across it, and then down river, ending at the Cutty Sark.

The Vitality Big Festival in Greenwich Park has food from around the world, young music acts from around the capital, 'come and try' sports sessions (including boxing, cricket, and basketball), local community workshops, fitness stalls, a Science Museum roadshow, a maze and ferris wheel. For the full list, see www.thebighalf.co.uk/event-info 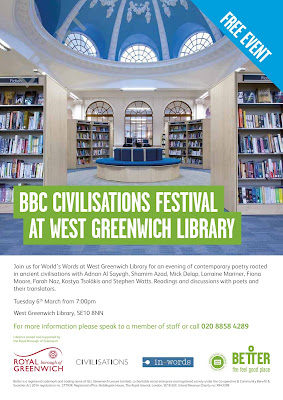 Irena Hill says:
'Imagine my joy when Debra Sullivan of West Greenwich Library asked me to arrange an event there as partners in the BBC's Civilisations Festival (you've probably read about the new BBC2 series with Simon Shama, Mary Beard and David Olusoga). Museums and libraries were asked to participate in the week-long festival, so here's our slice of the action.

'As a bilingual person and a trained translator, I've always been keen to celebrate both the skill of translators and the immense value of translation in bridging cultures and understanding between people and peoples. Yes, I did study Shakespeare in Italian...

'So I designed an event which touches on ancient civilisations as well as on migration, identity, mother tongues and step-mother tongues...

'Please join me to hear the amazing voices of Adnan Al-Sayegh (Iraq), Shamim Azad and Farah Naz (Bangladesh), Kostya Tsolakis (Greece and Germany), Stephen Watts (England/Italy and translator from Arabic and other languages), as well as of our very own Mick Delap, Lorraine Mariner and Fiona Moore.' 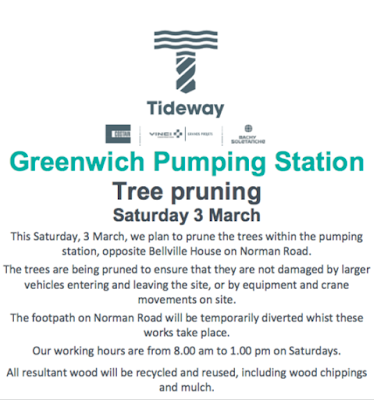 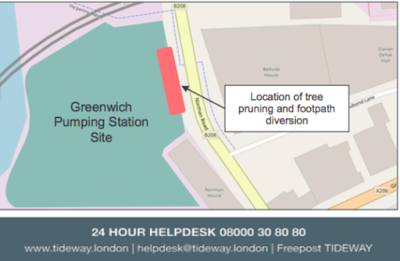