Car crime in the Triangle on the rise 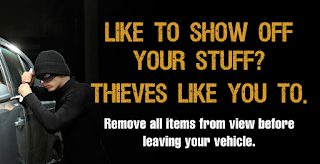 Car crime within Greenwich has been rising steadily over the last year and sadly we have noticed a dramatic rise within the Triangle.

Over the past couple of weeks there has been numerous reports of damage to vehicles in Guildford Grove, Langdale and Catherine Grove where cars have been broken into and items stolen from inside. Last week, between the hours of 20:00 and 06:50 on 14/15th August a BMW X5 was stolen from Guildford Grove. The key for this vehicle must have been cloned as there was no smashed glass where the vehicle was originally parked. High spec vehicles are desirable and are stolen to order. Car keys need to be kept away from the front of the house and ideally stored in a “car key blocker case". (click here for link to best signal blockers from car buyer). If the signal is blocked it makes stealing your car that much harder.

A local resident has repeatedly captured images on their home security camera of potential car thieves. They walk in parallel down the roads, looking in vehicles and are described as wearing thick builders / garden gloves which they are probably wearing to smash open car windows. They appear to be in the area between midnight and 06:00.

To discourange theft from vehicles please DO NOT LEAVE ANYTHING in your vehicle overnight. The police suggest you leave your glove box open showing there is nothing in there to steal.  Pictures below show images captured from a home security camera of potential thieves looking into vehicles. 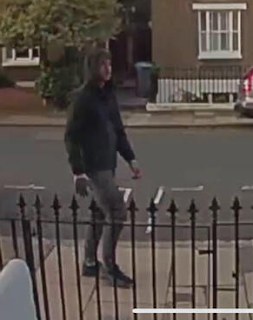 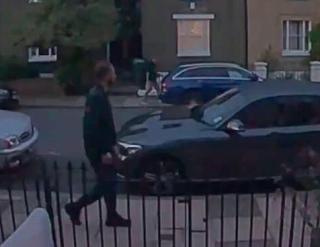 Please remain vigilant and report any suspicious behaviour to the police.