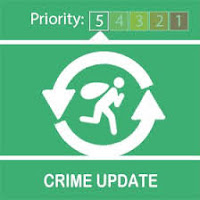 Yesterday, Tuesday 16th July, at approx 2:45pm a lady had her handbag/phone snatched from two young black males, possible Somalian appearance on a black moped along Devonshire Drive. The moped riders used the false pretence of asking for directions and then snatch bag/phone and drove off at high speed. A local resident witnessed the mugging and reported the crime to a passing police car.

Do you have cameras in Devonshire Drive and captured any video footage we can forward to the police?

Please be extra vigilant. Bag and phone snatching is particularly prevalent in the Town Centre at this time of year, often on mopeds, but seeing it happen within the Triangle is very worrying.