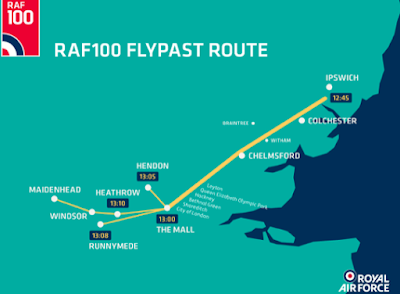 The Royal Air Force's 'greatest ever flypast in recent times' will be visible from Greenwich as up to 100 planes fly over central London from the north east, reaching Buckingham Palace at 1pm next Tuesday, July 10th, as part of the RAF's 100th anniversary celebrations.

The largest concentration of military aircraft seen over the capital in peacetime ranges from wartime Spitfires to the state-of-the-art Lightning - its first public outing. The Red Arrows will also take part.