Earlier this week the Safer Neighbourhoods Panel had a telephone conference call to discuss Greenwich West. Here is a summary of that call:
Within the Triangle
Over the last 6 - 12 months there have been numerous reports of drug dealing within some of the blocks of flats in Devonshire drive. Together with residents help the police believe they know who the dealer is and have now identified most of the users. They are currently collating evidence.

Antisocial behaviour was reported prior to the lockdown involving the North Pole Pub and mopeds using the pavement via Norman Road. No more incidents more recently.

In fact the only real crime still being committed within the Triangle is theft from or theft of motor vehicles. There has been an alarming rise in theft of items from parked cars. When questioned by police amazingly some of these cars were not locked. Even during a pandemic there are opportunist thieves and if you leave your car unlocked then anything of value inside will not be there for long!


Theft of bicycles and mopeds /motorbikes is also on the rise. The police had started patrolling the Triangle in an effort to reduce vehicle crime but unfortunately since the lockdown and with police resources stretched to the limit this is currently not happening. They will resume these patrols as soon as they are able to.

They have asked for all crime to be reported even if you don’t think it’s necessary. The Met Police use a system called “Crime Mapping” - a simple system that reports crime type, crime location, date and time and then based on past crime data it generates a hotspot map identifying areas where crime is most likely to happen. This is why it is essential to report EVERYTHING. Officers will be deployed into hotspot areas to catch criminals in the act. For non emergency crime report to 101 or complete the online form.  For any crime in progress Always 999.

Outside the Triangle
Car crime is not exclusive to the Triangle. There has been a spike in thefts from vehicles along Crooms Hill and Hyde Vale and the police suspect it's linked to the crimes within the Triangle.

The theft of catalytic converters is rising rapidly within the borough. The catalytic converter is part of your car's exhaust system, and works to convert the toxic gases your motor produces into less harmful substances to be emitted. They are stolen as they contain precious metals and are sold for scrap. Catalytic converters (CATs) have been fitted in the exhaust of the majority of petrol cars manufactured since 1992 and diesel cars since 2001. Taller vehicles (4x4s) are particularly vulnerable as the converters are more easily accessible. 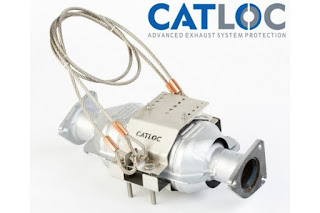 Ikea car park in North Greenwich was the target of such thefts and before Christmas the police patrolled the area with plain clothes officers. Dartmouth Row has recently seen a spike in the these thefts. Using the Crime Mapping system police will be deployed to patrol areas that are seen as vulnerable, so once again it is really important to report this crime.

You will know if you are a victim of this type of crime as the muffler gets disconnected when a catalytic convertor is taken making your vehicle sound really loud once turned on together with a stronger smell of toxic fumes. Police suggest fitting a protection device made specifically to cover the converter – known as a cat lock. A Thatcham-approved alarm should also detect and activate if the vehicle is tilted or lifted.

Prior to the lockdown there were a few robberies within the Town Centre together with antisocial behaviour in Greenwich Market.  At the moment this has calmed down.

The council made sure they found shelter and accommodation for any homeless person in the borough during the pandemic. However there are still beggars in the Town Centre as they have refused any help. The police try to move them on as many are not practising social distancing.

Greenwich Park
During the lockdown thankfully Greenwich Park has remained open. However the park has been seen to be very busy at certain times. As you may know all the Royal Parks have their own Park Police to patrol them during the day. Greenwich Park Police has had to ask for the help from Richmond Park Police to carry out these patrols and make sure everyone is acting as per government guidelines to social distancing.
As at the 5th May, our Safer Neighbourhood Team has issued 4 fines in breach of Covid-19. They emphasised that they prefer to talk and guide anyone not following government guidelines and will only issue fines as a last resort.

At the meeting we all thanked the police for their continuous hard work during these difficult and challenging times.